At Bodega Las Virtudes, we know that our most precious treasure is our winegrowers. Thanks to their work and experience, which in some cases goes back to centuries of family tradition, they have kept alive a grape variety and a way of cultivation that has proved to be very sustainable for our environment.

Our heritage is goblet, dry-farmed cultivation on austere soils with low yields but exceptional results. Monastrell is a grape variety that maintains the landscape of these lands that mix the arid Mediterranean mountains of Alicante with the softness of the plains of La Mancha.. 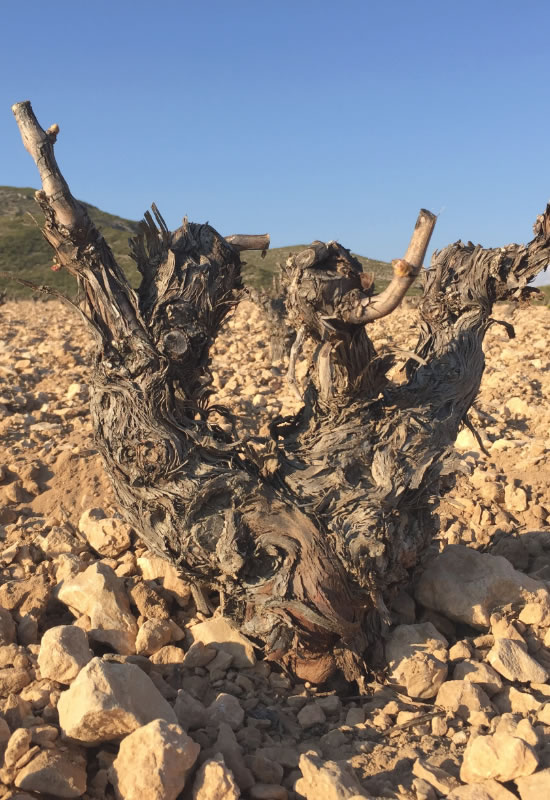 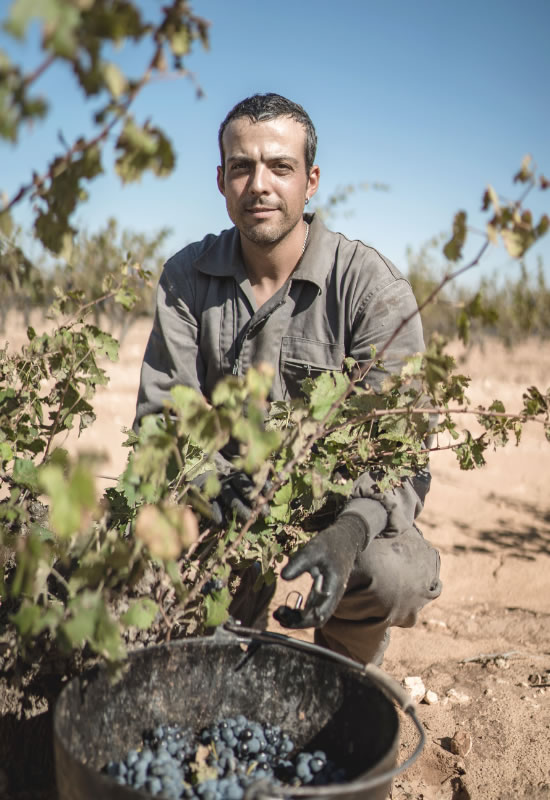 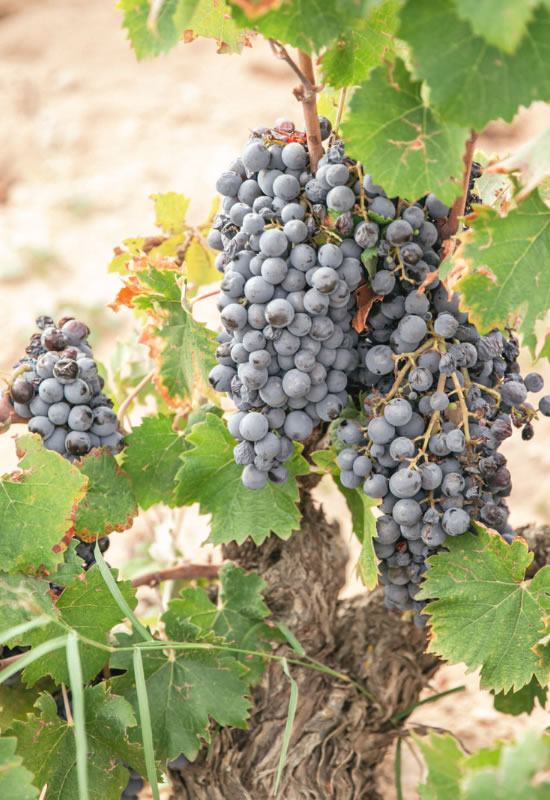 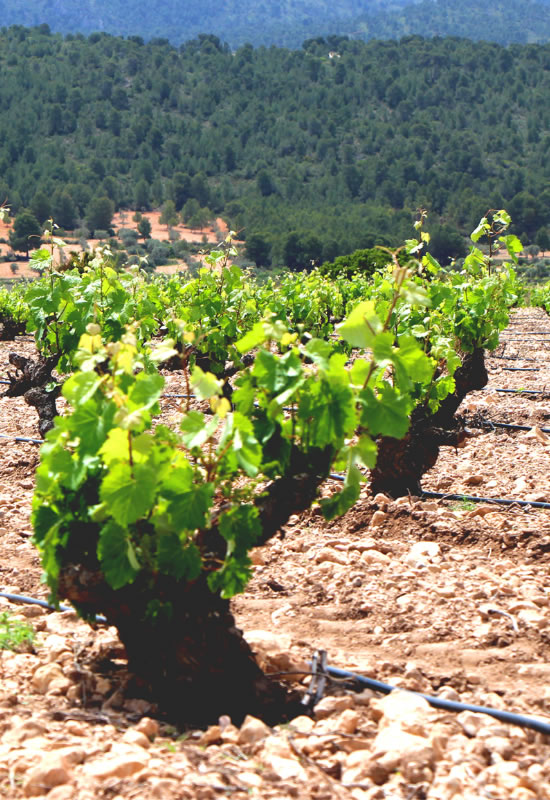 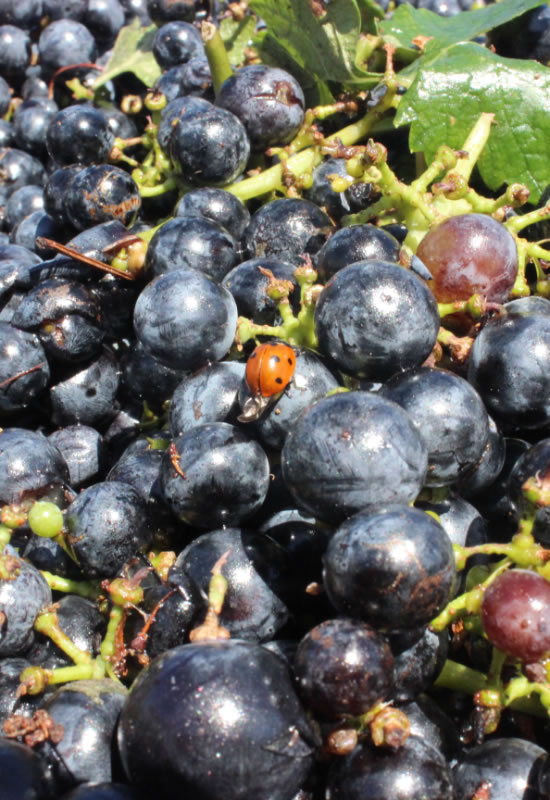 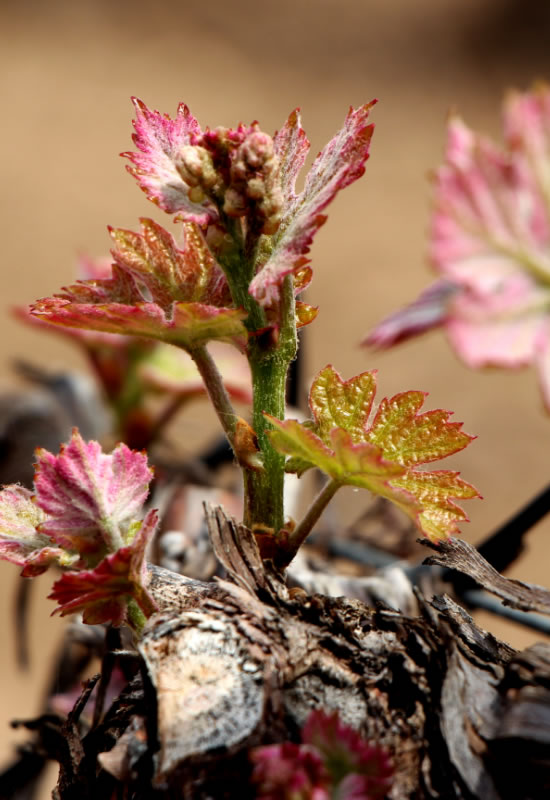 We work in 150 hectares spread over this crossroads of paths and villages that make up the municipality of Villena. Only 24 of our winegrowing partners are part of this project due to the quality requirements of the grape. The process of field control extends throughout the whole year.

For all these reasons, our production is limited. We implemented our own cultivation system, controlling the whole process, selecting the harvests, and then, finally, Patojo 2015, the first of our Monastrell Heritage wines, was able to see the light of day.

Patojo is the first Monastrell Heritage wine. It is a local wine, connected with the landscape. Patojo is the name of the estate where the grapes come from. The estate is located on the
border with the Region of Murcia, between the municipalities of Yecla and Villena.

The grapes, organically farmed, are harvested at the beginning of October. Lands traditionally destined to dry land due to their humble composition, which are optimal for the difficult cultivation of the Monastrell grape. Patojo has its origins in terraces with a calcareous base and abundant sand sprinkled with a little small limestone.

Here the plant deepens its roots in this soft soil and finds the necessary freshness to support its long ripening. This semi-arid mantle gives the wine minerality and brilliance.

We obtain a highly expressive Monastrell. Well defined, balanced and with a complex structure. Rigorous organic farming combined with the know-how of our partners, traditional winegrowers.

Casa Ritas represents the consolidation and progress of the Monastrell Heritage project. It is a young wine, which saw the light of day in May 2016. It comes from a couple of vineyards located in the rural area of Hoya Hermosa. It is an enclave where the winemaking tradition goes back centuries and where nature and the traditional cultivation method merge into a single ecosystem, a single landscape, a small treasure that proves that the Mediterranean hinterland still exists.

Round Monastrell with a fresh balsamic background drawn by the rosemary, thyme and holm oak trees that surround the vineyards where the grapes are grown, at the foot of the Sierra de Salinas.

For all these reasons, our production is limited. We implemented our own cultivation system, controlling the whole process, selecting the harvests, and then, finally, Patojo 2015, the first of our Monastrell Heritage wines, was able to see the light of day.

It was probably introduced by the Phoenicians around 500 B.C. and spread along the Mediterranean coast to the south of France, where it was widely cultivated after the 16th century, later crossing continents. Its most significant plantations outside Europe are in Australia and California.

Due to its antiquity, it has been given a multitude of names. In Spain it is known as monastrell, but also as vemeta, morastell or morrastrell. Internationally it is mainly known as mataró or mourvedre, although there are about 100 synonyms that identify it.

Its flavour can vary greatly depending on the area. What differentiates Alicante Monastrell from other regions is its greater freshness and versatility when it comes to combining it with other varieties, thanks to the soil and climatic conditions.
Monastrell is a survivor, it is very resistant to drought and withstands extreme climatic and orographic conditions, which is why it is the best adapted to the continentalised Mediterranean climate, with little rainfall and extreme temperatures in summer and winter.

In Villena it has always been the most common variety, combining its cultivation with the tintorera ‘s cultivation, and the verdil’s, as far as the white varieties concerned. Traditionally, it was sold in bulk, to improve wines from France and La Rioja, and it was only bottled for the production of Fondillón. It is in fact the only grape from which Fondillón de Alicante can be made, which, as is well known, is a wine nowadays considered almost ceremonial, a treasure waiting to be rediscovered by the public. 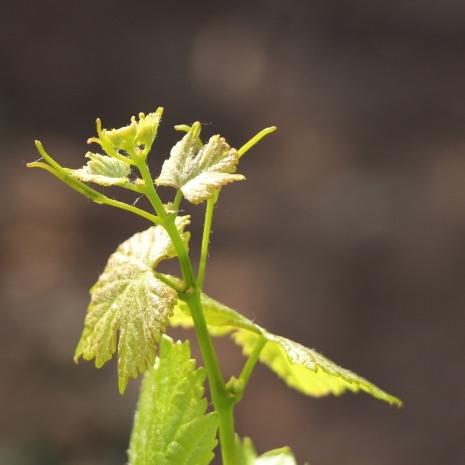 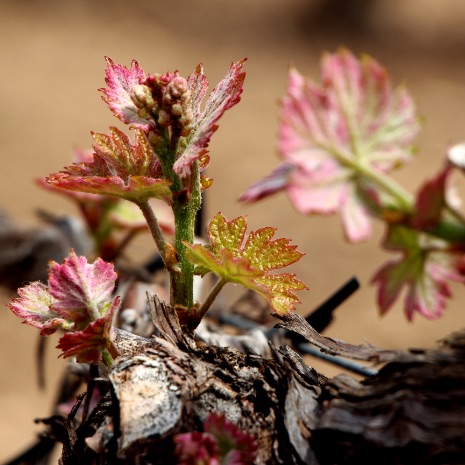 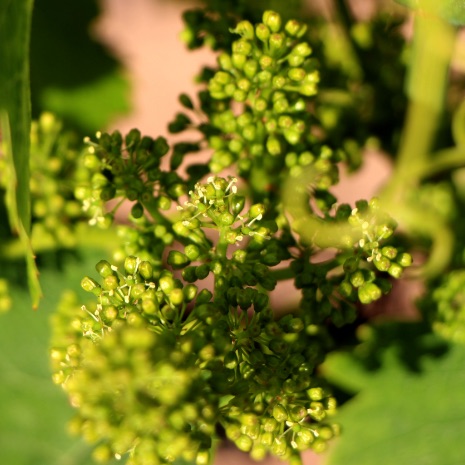 Although for decades it was not valued as it deserved, the Monastrell variety is today more alive than ever. In Spain it is the fourth variety in terms of cultivation area; in Australia and California it is currently the variety with the most new vineyards being planted.

It has been proven to produce wines that withstand ageing in wood exceptionally well.

We use cookies on our website to give you the most relevant experience by remembering your preferences and repeat visits. By clicking "Accept", you agree to the use of ALL cookies.
Customize cookiesAccept
Manage consent

This website uses cookies to improve your experience while you navigate through the website. Out of these, the cookies that are categorized as necessary are stored on your browser as they are essential for the working of basic functionalities of the website. We also use third-party cookies that help us analyze and understand how you use this website. These cookies will be stored in your browser only with your consent. You also have the option to opt-out of these cookies. But opting out of some of these cookies may affect your browsing experience.
SAVE & ACCEPT